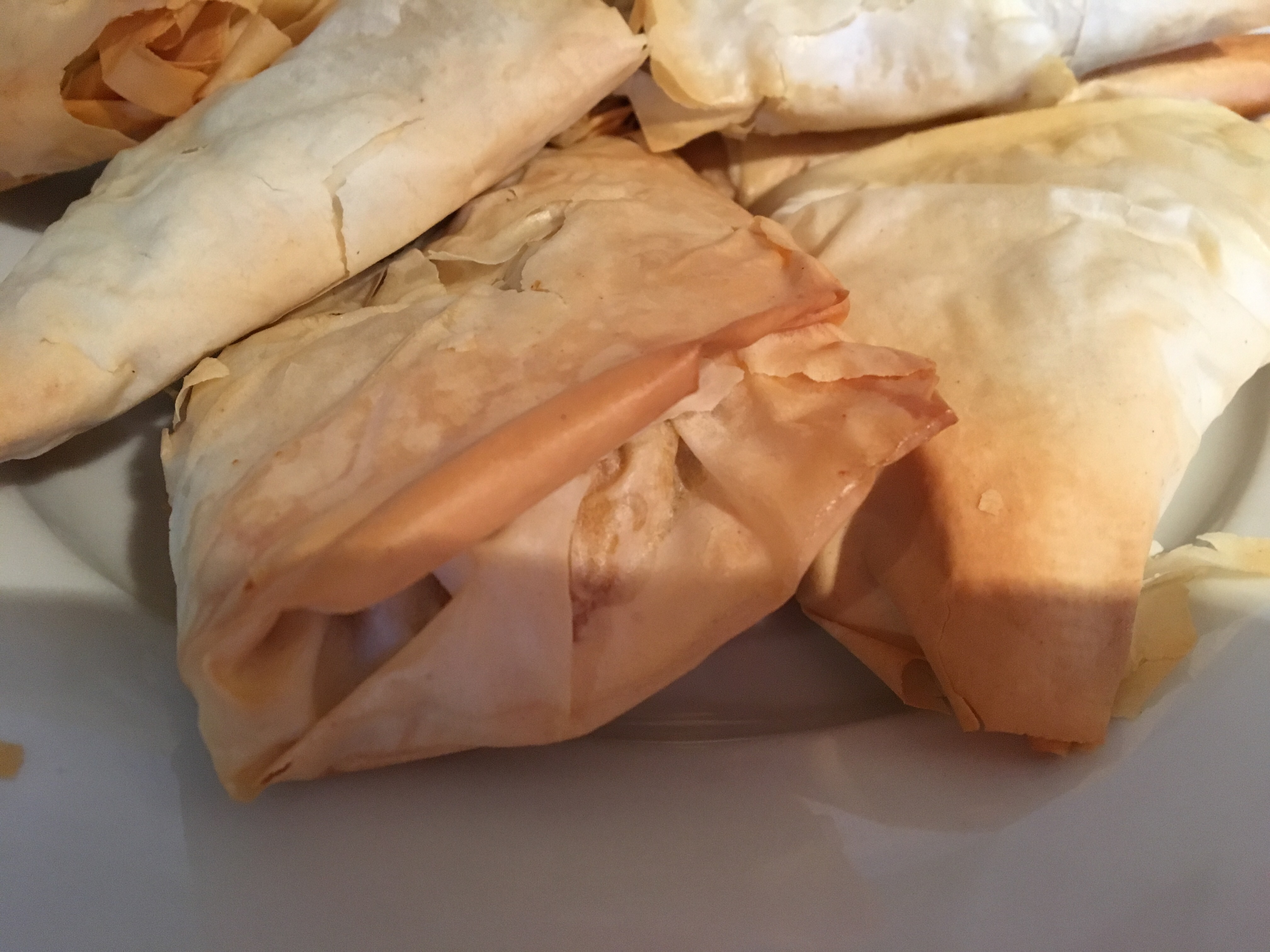 As soon as I got my hands on a copy of Mary Berry’s latest recipe book “Everyday” I wanted to test out loads of the recipes.  Of course being a baking addict I always go straight to the cake recipes in her books but it was actually a savoury recipe I made first.

Last weekend we ended up having Mary’s Curried Beef Samosas with a salad.  I got out the mango chutney as well.  Normally samosas are deep fried and I love them from our local Indian takeaway.  But these were baked.

Mary’s recipe introduction tells  us: “With their delicious spicy filling and crispy texture , these are guaranteed to go down well. Perfect for sharing either as a canape or a starter,”

The recipe makes 14 large samosas. As I had never made samosas before this was going to be a really tricky challenge for me.  It would be like doing origami for me with fiddly filo pastry. 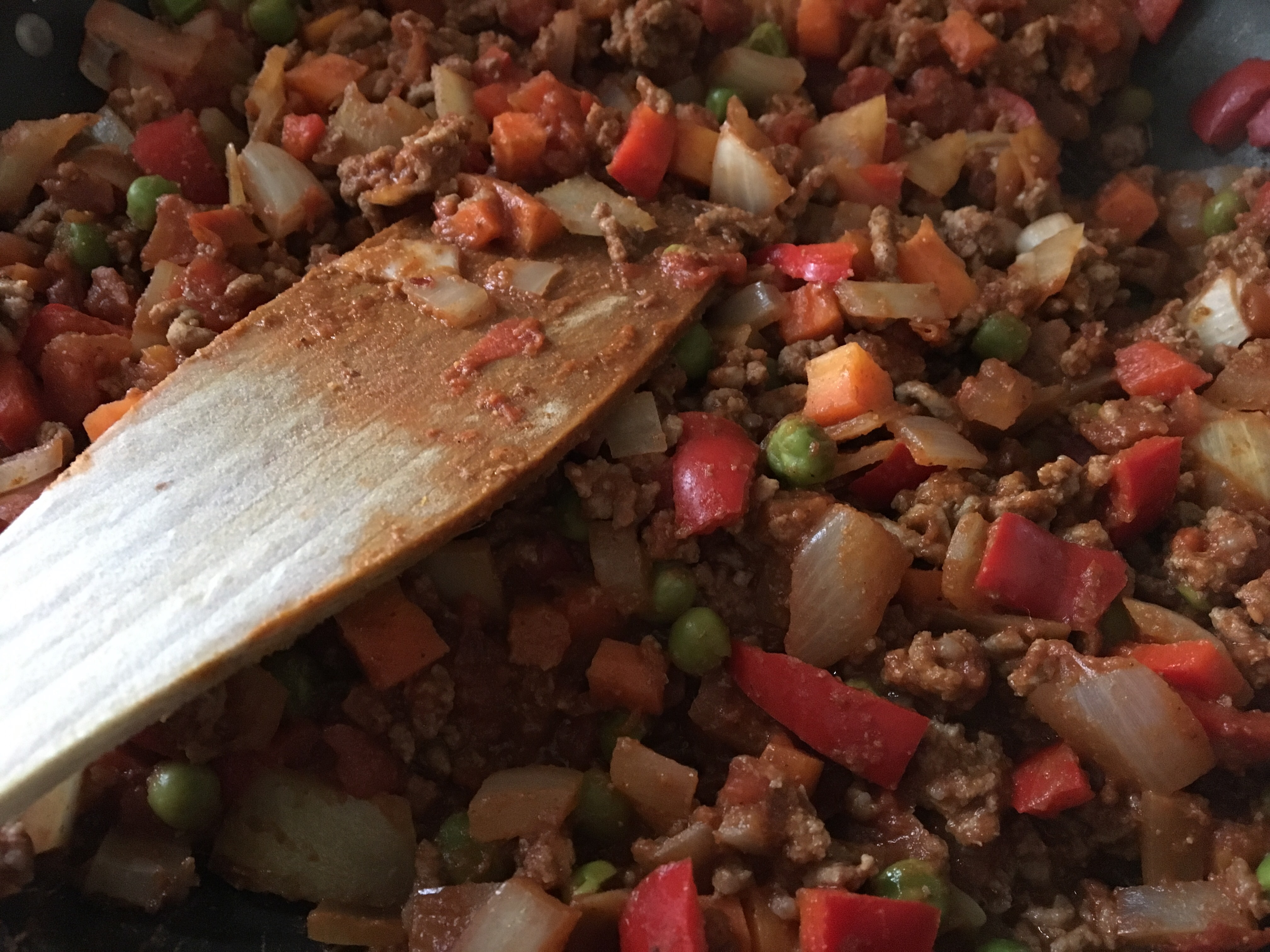 The first task was to prepare the spicy beef filling.  I heated olive oil in my large frying pan and added finely chopped onion, red peppers, dried chilli flakes, garlic and tiny pieces of carrot.  Once all the vegetables had softened after a few minutes, I added in some minced beef. This was then browned carefully.  After the mince had browned I added some medium curry powder, a tin of chopped tomatoes and a spoonful of mango chutney. All this was left to cook for a few minutes until it was time to add in some frozen peas. 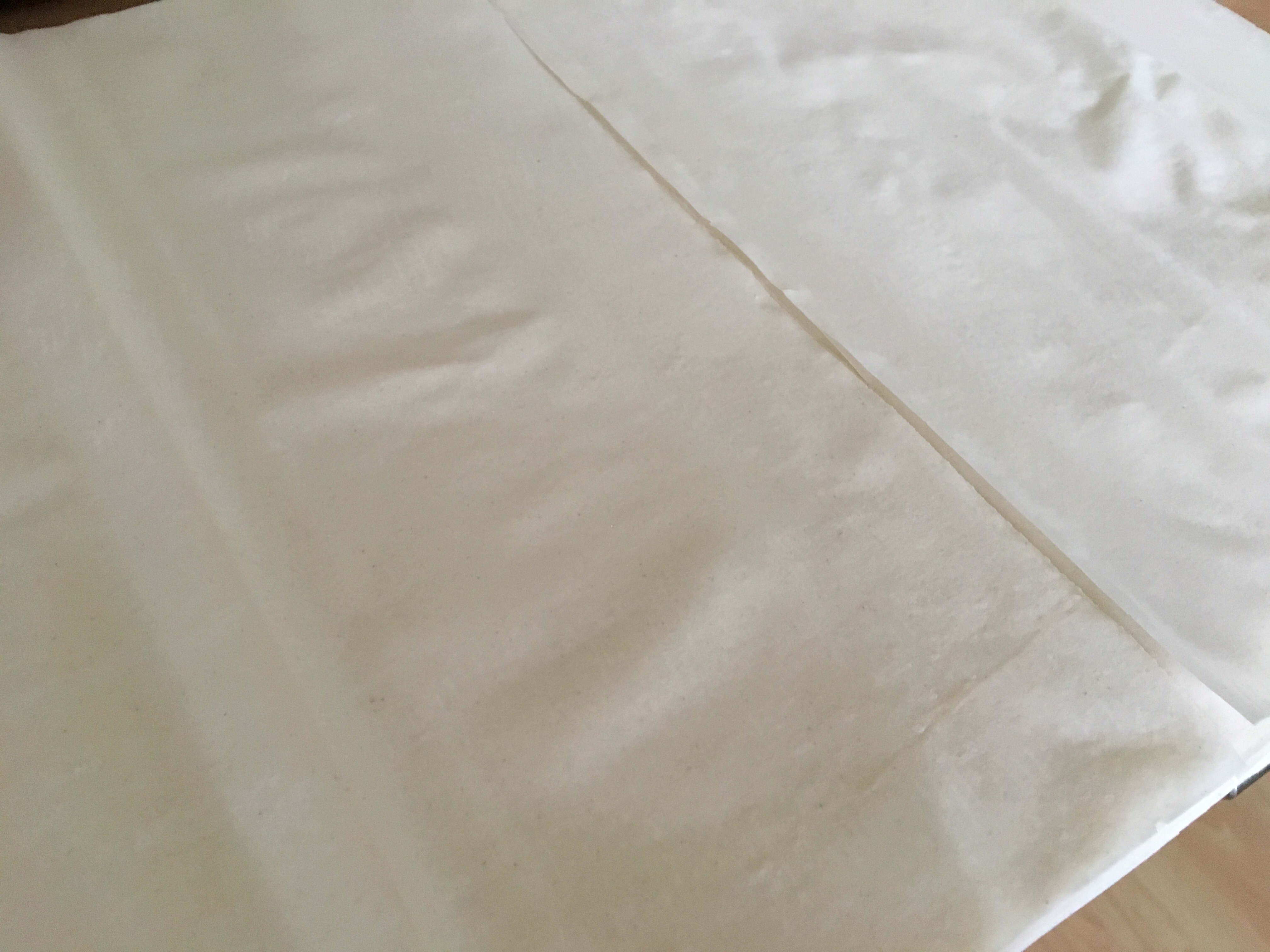 Such a good thing that even Mary Berry uses ready made filo pastry. Life is far too short to make your own.  I draw the line at making your own shortcrust though. I had this packet of filo pastry in my freezer left over from Christmas. Making these samosas would be the perfect excuse to use up the pastry.

Trouble is filo pastry and I don’t really get on.  I find it really fiddly to use and it always rips on me.  It’s like an edible version of tissue paper. The air was blue in my kitchen as I tried my hardest to unwrap the pastry.  I had to have a long, thin strip of pastry which was about 10 x 40cm in size to make each samosa with.  My pastry was completely the wrong size for these dimensions so I had to make do.

The pastry was quite dry even though Mary warned in her everyday tips at the end of the recipe that this might happen.  You need to work quickly brushing each layer with melted butter.  The butter soaked in quickly and I found the pasty quickly broke several times.

Samosas are meant to be a triangular shape but because my pastry kept breaking I struggled with this.  In some cases they looked like uneven parcels or spring rolls.  All I could hope for was that Mr SmartCookieSam and my son were put off by their awful appearance.  I didn’t care though, so long as they tasted great.I  did make the 14 samosas like Mary’s recipe said but half were what I would have called a walking disaster area. I won’t be getting a job in my local takeaway or restaurant making the samosas.

When I served up the samosas I thought they looked nothing like I’d eaten but then they had been oven baked and not deep fried.  The pastry looked unappetising but once I bit into the samosa I was pleasantly surprised. The beef curry filling was spicy yet not too overpowering and there was just enough of it.  I ended up having two samosas with some salad.  Mr SmartCookieSam ate a couple for lunch the day after.

Would I make these samosas again?  In all fairness, probably not.  I was put off by the fiddliness of using the filo pastry and I found it far too tricky to make the triangles up with out the filling oozing out all over the place.  So for me, not something I would make for an everyday meal.