There’s nothing like a great big gorgeous gooey chocolate brownie.  Just pure decadence.  I was off work for three days last week due to the snow and by last Friday afternoon I had cabin fever.  Now if you’re a baking addict like me you begin to think of what you can bake, never mind cooking the tea.  I was thinking I might have to get my breadmaker out but thankfully we had enough to keep us going.

A couple of weeks back I bought Martha Collison’s second recipe book “Crave” and ended up craving things after looking through the recipes.  One of her recipes for Pecan Praline Brownies including some homemade pecan praline to add to the mixture.

I had a packet of Vahine Pralines Concassees which I had bought from a Carrefour Supermarket when on holiday in France last year.  I didn’t know what I would use them for until I saw the recipe for the Praline Brownies.  Instead of making the praline with pecans, I would substitute the packet of pralines.  The pretty pink colour contrasted well against the rich, dark brown colour of the brownies.

What I also loved about this brownie recipe was that it used real, dark chocolate in the mixture and not just cocoa powder.  I also chose to bake mine in a square tin, rather than a traybake tin so I would get deeper pieces.

Instead of melting the dark chocolate separately, the recipe asks you to melt butter and sufar together on the hob.  Then, once this is melted then you add in the chocolate pieces using the heat of the melted mixture to melt the chocolate.

When the mixture had cooled, I added in beaten eggs, flour and cocoa powder and then finally tossed in the pralines.  Then it was poured into the prepared tin and ready to bake in the oven for between 25-30 minutes. 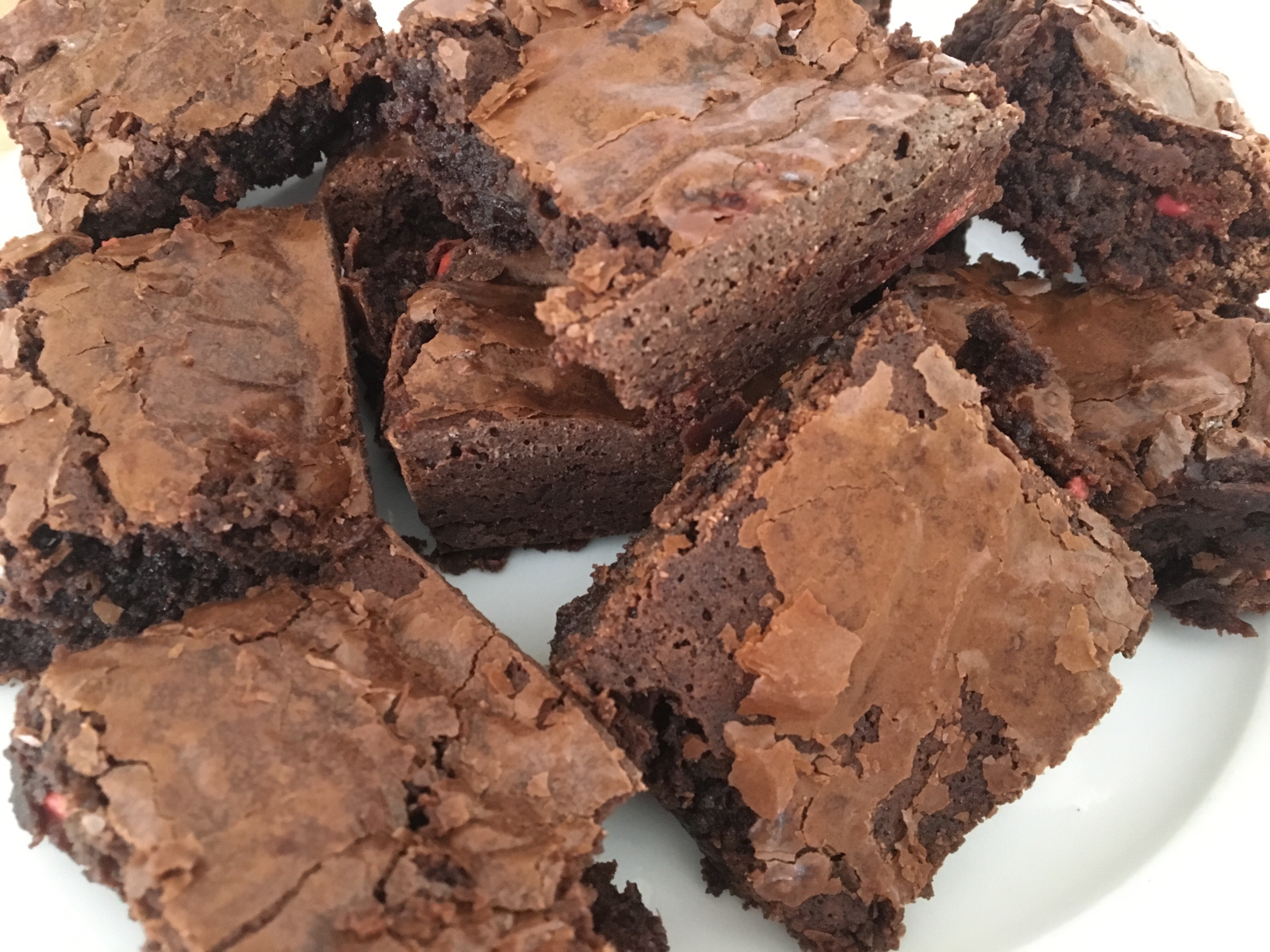 When the brownies were baked, they were taken out of the oven and left to cool.  I always worry about overcooking brownies as they are meant to be fudgy and chewy, not like a cake.

As not to tempt me to scoff them, I cut up the brownies and put them straight into a plastic box to go in the freezer.  I knew if they were frozen, I’d not be able to eat them all up. I did love the way the brownies turned out, though. 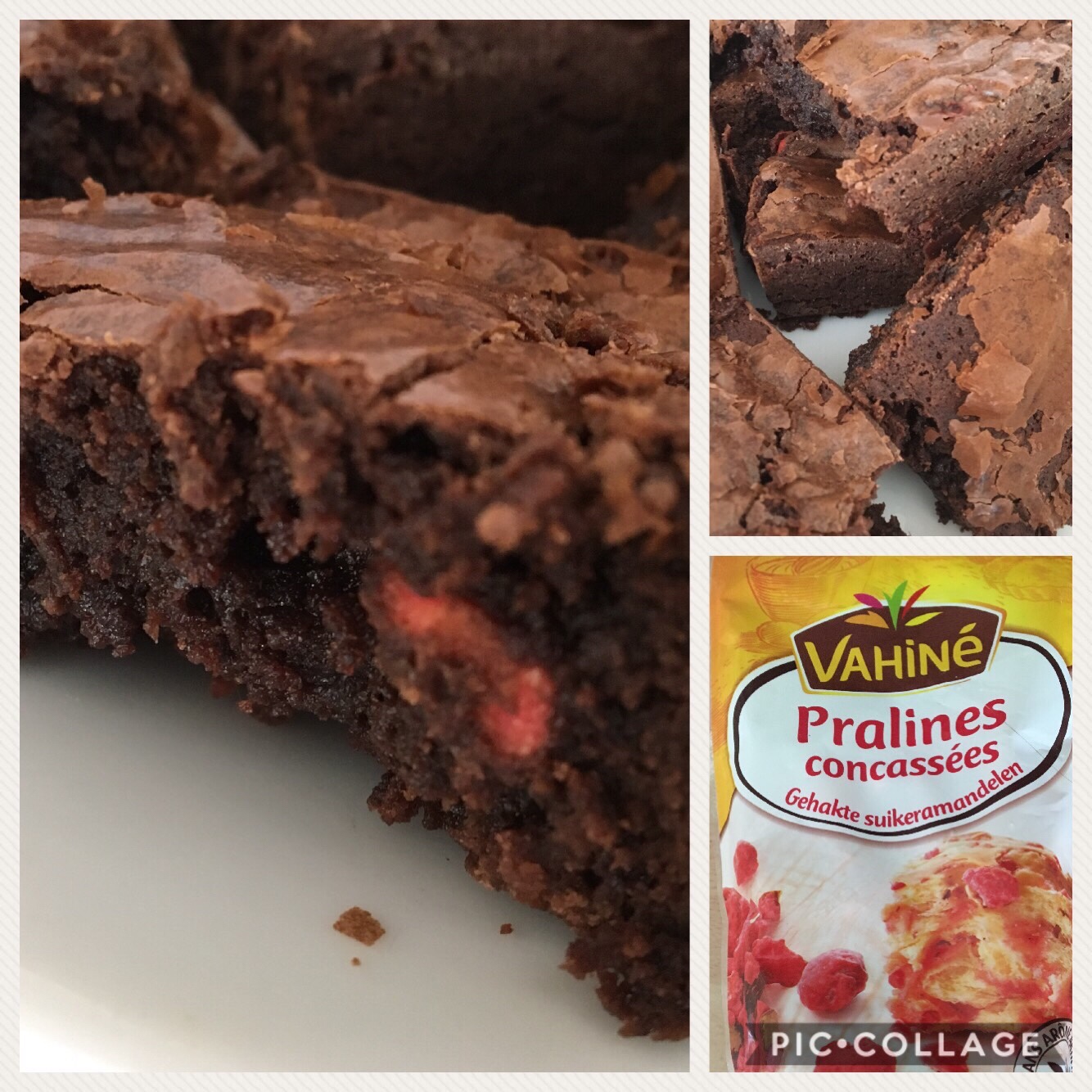