I’m feeling very old right now. I’m officially the mother of an adult. My older child, my daughter had her twenty first birthday a few weeks ago. Of course Mother SmartCookieSam wanted to bake her a cake even though she didn’t want much fuss. It made me think back to my own 21st back in the 1990s. I was also at uni like my daughter and having a cake was the last thing on my mind. Having a massive party and going out with my mates was more my thing. I did have a cake which was very traditional. My Dad got it and it was a fruitcake decorated like a basket with sugar flowers on top. How times have changed.

For my daughter who is dairy free and follows a vegan diet at uni, her cake had to be vegan. She also has two Vegan housemates who were going to be sharing the cake with her. Vegan baking is a relatively new thing for me. My family over in Canada are vegan and when I was there recently I was able to bake them a couple of things to try out. It’s a pity they couldn’t taste this decadent vegan chocolate Bundt I baked for my daughter. 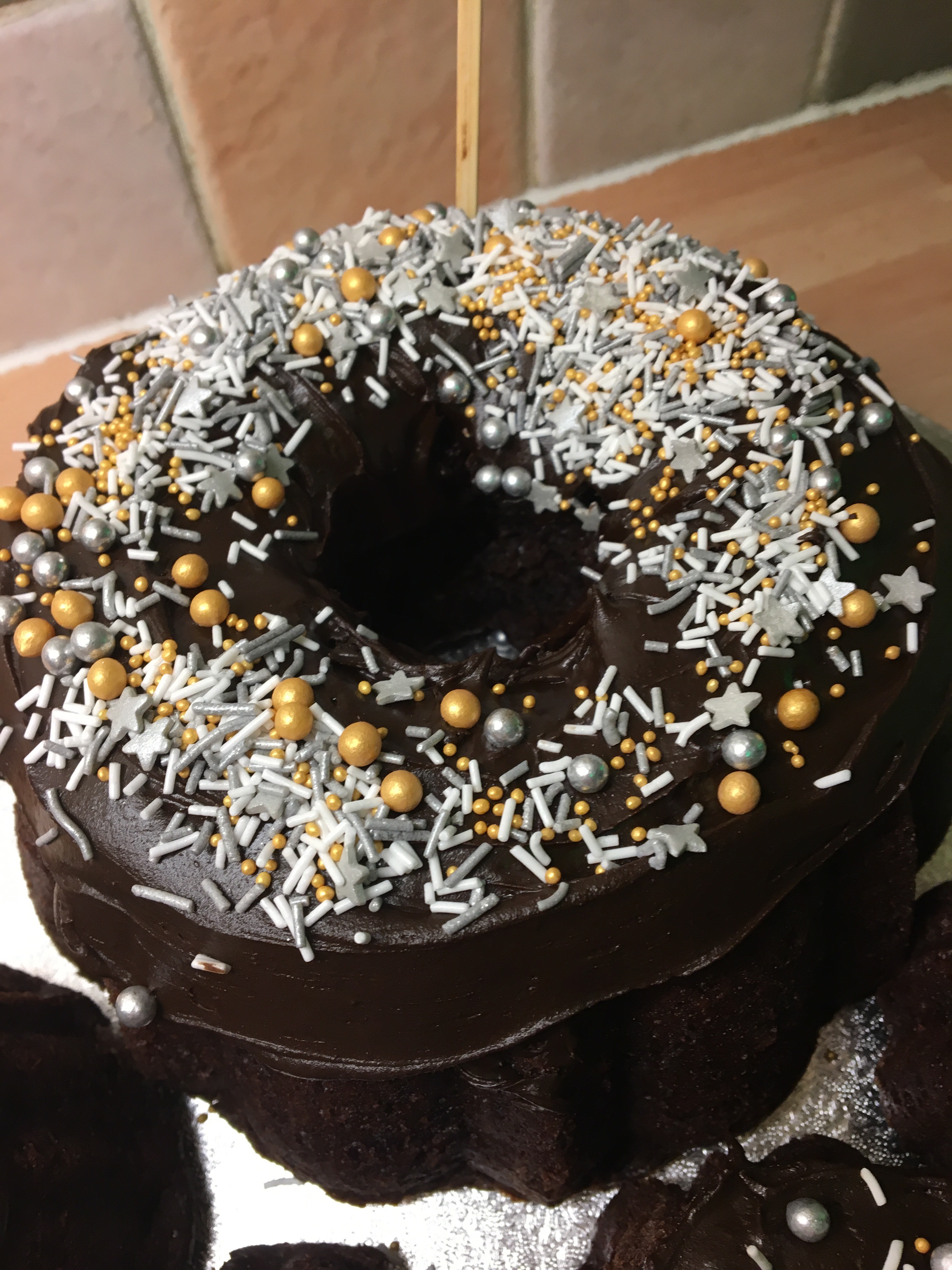 To bake this a Decadent Vegan Chocolate Bundt I first whisked together plain flour, cocoa powder, baking powder, bicarbonate of soda and some salt. In another bowl I beat together some caster sugar and some vegetable oil until well combined. After that I added some strong coffee, vanilla extract and a little cider vinegar.

I wondered why the recipe contained cider vinegar and in the tip section it explains that “the cider vinegar acts as an acid that reacts with the baking soda to give the batter a lift as it bakes. You will not taste it in the finished product, I promise!”

To incorporate all the ingredients together, I then alternated between adding the flour mixture to the sugar mixture and then folding in coconut milk. The coconut milk gives the cake a rich texture.

The recipe is for a 10 cup Bundt pan but my daughter only wanted a small cake. I hadn’t a clue how to scale down a recipe which uses American cup sizes so I baked the full mixture. Instead, there ended up being a 6 cup Bundt as well as four bundlettes.

The cake was topped with an adapted version of a vegan chocolate glaze. I made the icing thicker by using more icing sugar and slightly less coconut milk. As for the Bundt recipe, the glaze can also be found in Julie Ann Hession’s book, Beautiful Bundts.

The gold and silver sprinkles are from Dr Oetker and were bought in a local supermarket. They added lots of sparkle and bling to the top of the cake.

We were due to visit my daughter at uni the weekend before her actual birthday so I made sure I wasn’t working the day before we had to go away. I wanted her cake to be perfect. More recently I’ve been so snowed under that baking has taken a back seat, which really upsets me as baking is a real stress buster!

I found one of these sparkly word cake toppers on EBay from Honey and Ladle and it contrasted really beautifully with the chocolate. The cake had to travel in the boot down to Southampton so I took the cake topper off the cake and put it inside the box until we got to my daughter’s house.

I was absolutely furious with Mr SmartCookieSam, though. People who have never baked a cake do not realise how delicate they can be when you carry them out to a car or how important it is to put it in the boot without someone putting something on top of the box. He was all set for balancing the box on top of a suitcase . There was no way I was going to allow that and more so letting the cake share the boot with a greedy Labrador! Of course he thought I was going off on one but cakes have to be treated with care, not thrown about like a ball!

Fortunately, we and the cake got to Southampton in one piece. My daughter and her friends enjoyed the cake although I didn’t get to taste a piece for my verdict.

It was one of those cakes you could use to turn into a special occasion cake or one you could eat as a weekend pudding.