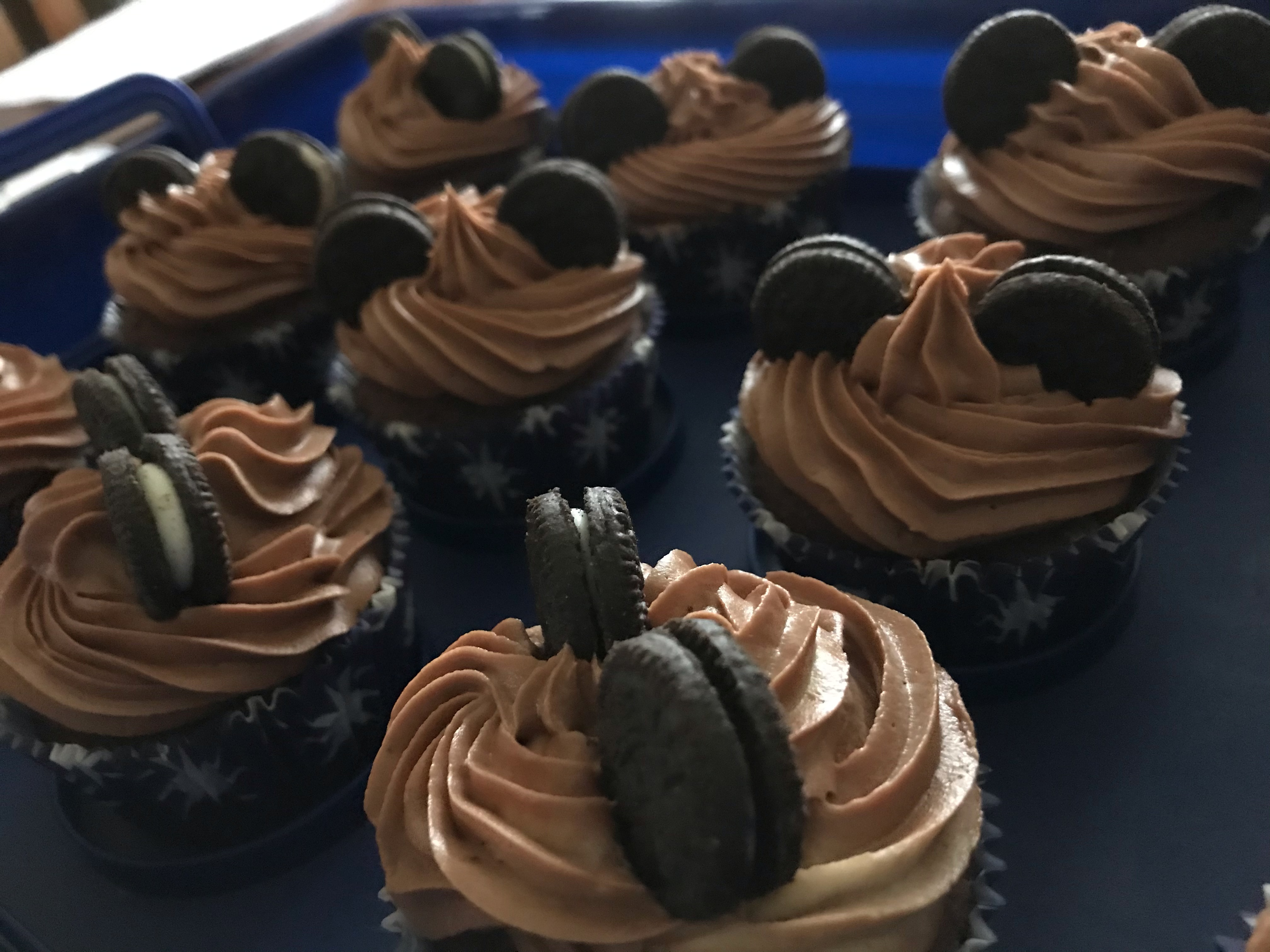 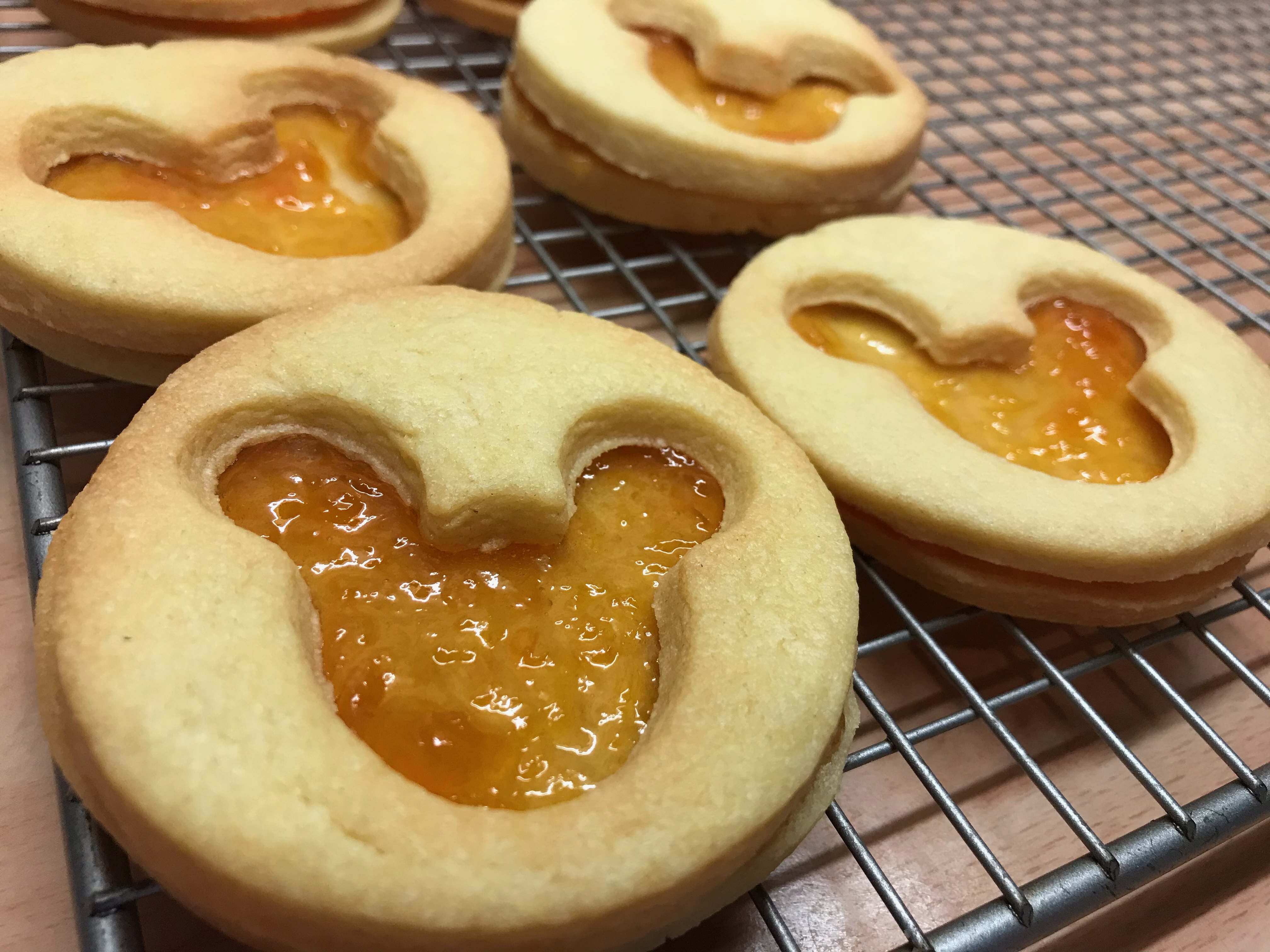 On Tuesday night I met up with a few of my friends over in Meanwood, Leeds at a fantastic new bar called Boot and Rally. We held a cake club event in the bar’s snug which was a great space with the perfect atmosphere. Since The Clandestine Cake Club folded in July last year we have continued to meet up.

The cake club events are slightly different to the Clandestine Cake Club ones in that we are not limited to only bringing a whole cake to cut into and share. We can bring anything we like linked to the theme be it sweet or savoury or cookies or any other bake. As my first love in baking has always been cookies I enjoy doing this. This month’s theme was Mickey Mouse’s Birthday as the Disney legend is celebrating his 90th birthday this year!

Things didn’t quite go to plan when I started baking on Tuesday afternoon. I only had a limited time to bake as I had been to have my nails done in the morning and then had to fit it all in before a hospital appointment on the way over to Cake club. My original plan was to bake a chocolate Bundt cake cut in half turned upright and made to look like Mickey Mouse’s head. The cake would be covered in a chocolate ganache made from Cadbury’s Dairy Milk chocolate spread and Mickey’s ears would be made from Oreo cookies. I would use the leftover chocolate spread as the filling for some shortbread biscuits with Mickey Mouse heads cut out in the middle.

When I started to get the ingredients out of the cupboard and fridge to start the baking I had a nasty shock. I opened the jar of chocolate spread to find three quarters of it had gone! I was so upset and angry as the only person who knew it was there was my eighteen year old son. He had been at home from work on Monday when I was working so he had obviously helped himself to it! He knew it was for my cake club cake as he saw it when I was putting the shopping away after Tesco had delivered it last Friday. It’s not the sort of thing Mr SmartCookieSam eats and my daughter is away at uni. It wasn’t me and it definitely wasn’t the dog!

So after this nasty surprise, what to do now? I looked in the cupboards and was so glad to see that I still had cocoa powder and other ingredients for cupcakes as well as some mini Oreos. For the cookies, I thought maybe I could use jam inside instead. However, I didn’t have much jam left, only honey and marmalade. Or I could hardly give my friends biscuits sandwiched together with Branston Pickle or Colman’s Mustard. I had half a jar of Peach Bellini jam left but only just enough for a few biscuits.

The shortbread cookies are a simple recipe with only four ingredients: unsalted butter, caster sugar, plain flour and an egg combined together and then chilled in the fridge for half an hour. When ready to roll, I rolled out eighteen circles and put them well spaced apart on three lined baking trays. On nine of the circles I used a small Mickey Mouse head shaped cutter to stamp out the shape in the centre of the circle. These were then baked in the oven on 160oC (fan) for about 10-12 minutes. My oven is being really inaccurate at the moment and I noticed two cookies burnt on the right hand side. One of them also snapped when I lifted it off the tray. Well that one went straight in the bin. It turned out that there were only 7 out of 9 which were ok to use. Then another one broke. It definitely wasn’t my day!

So the cupcakes had to work out better. There wasn’t enough filling in the biscuits for the chocolate spread to be used or in the ganache of a whole cake for that matter so it ended up flavouring some chocolate buttercream in some cookies and cream cupcakes with mini Oreo cookies for Mickey Mouse ears sticking up. 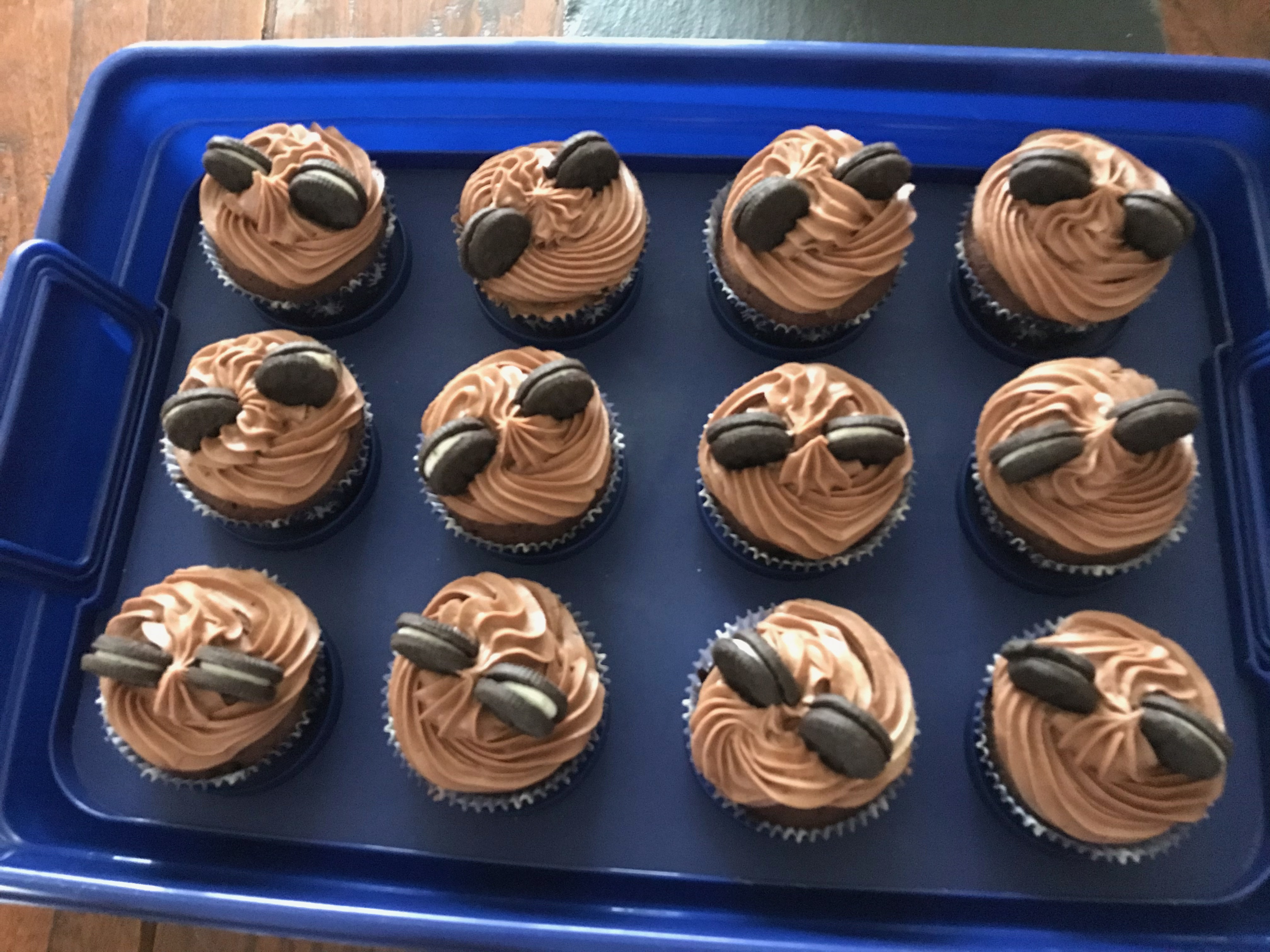 I used about 12 mini cookies crumbled up and stirred into the cupcake batter which was a simple chocolate one. I baked the cupcakes in some blue cases with stars in which reminded me of Mickey Mouse’s Sorcerer’s Apprentice Hat from Fantasia.

The chocolate buttercream was made with 100g melted plain chocolate and the only quarter jar of chocolate spread which was left along with icing sugar, butter and some milk. The result was quite a creamy and rich buttercream.

All finished with about half an hour spare to clean up the kitchen, tidy up, get changed, box up the cupcakes and cookies and get to the hospital for my appointment in time.