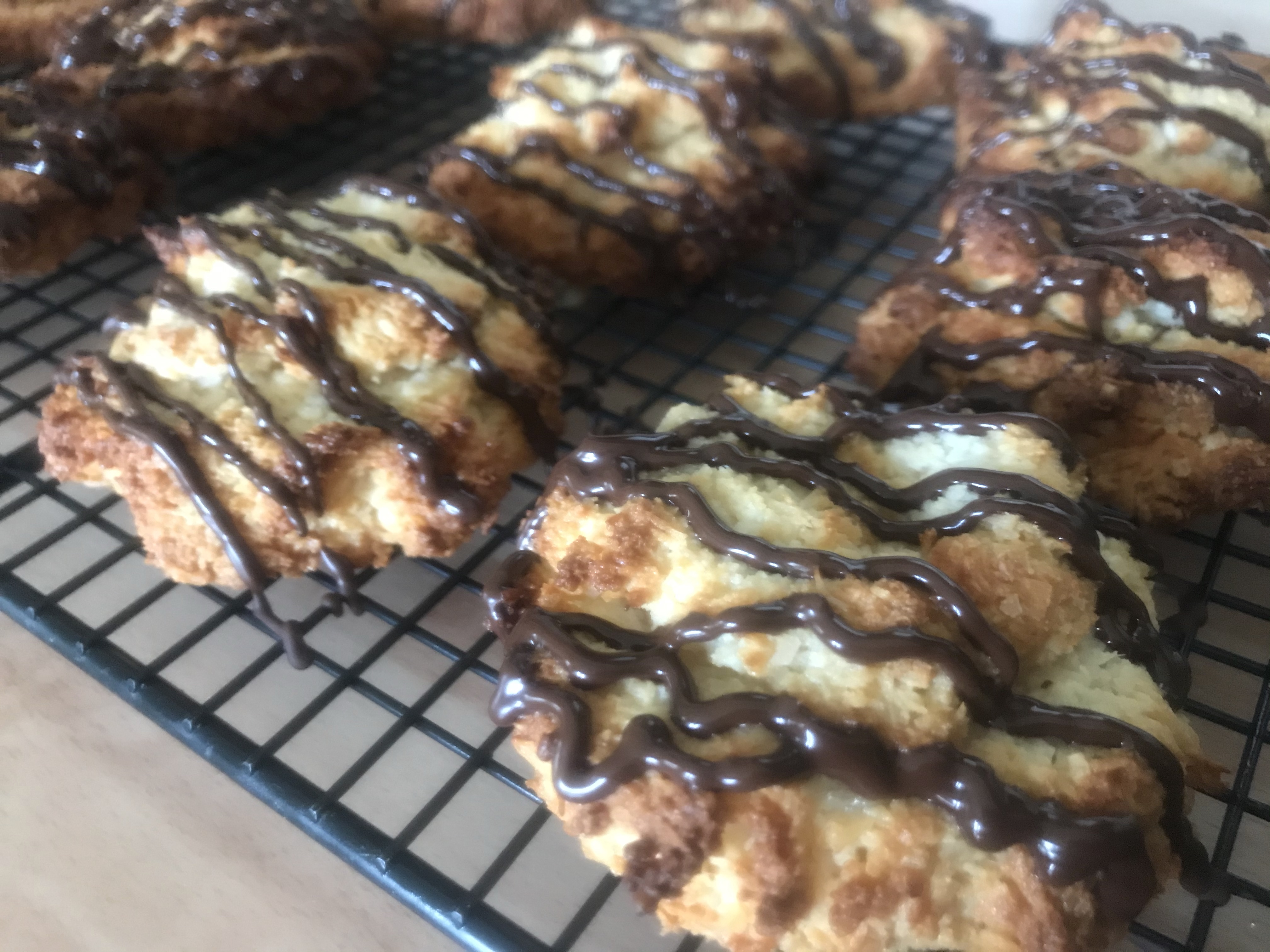 I was really keen to bake the Coconut Macaroons from the Great British Bake Off’s Biscuit Week Technical Bake as I love coconut.  I’d never baked coconut macaroons though so this was a first for me.  I don’t really think of macaroons as biscuits though, I think of them as small cakes!

The Technical challenge followed Prue Leith’s recipe which is featured on the Bake Off website:

I cheated a little with the recipe and instead of making my own mango curd, I used ready made lemon curd! It needed using up and there was no point in buying in a mango especially.

Half the macaroons were filled with small pieces of chocolate and the other half with a small amound of lemon curd.  I then put the rest of the coconut mixure on top so the filling was encased. 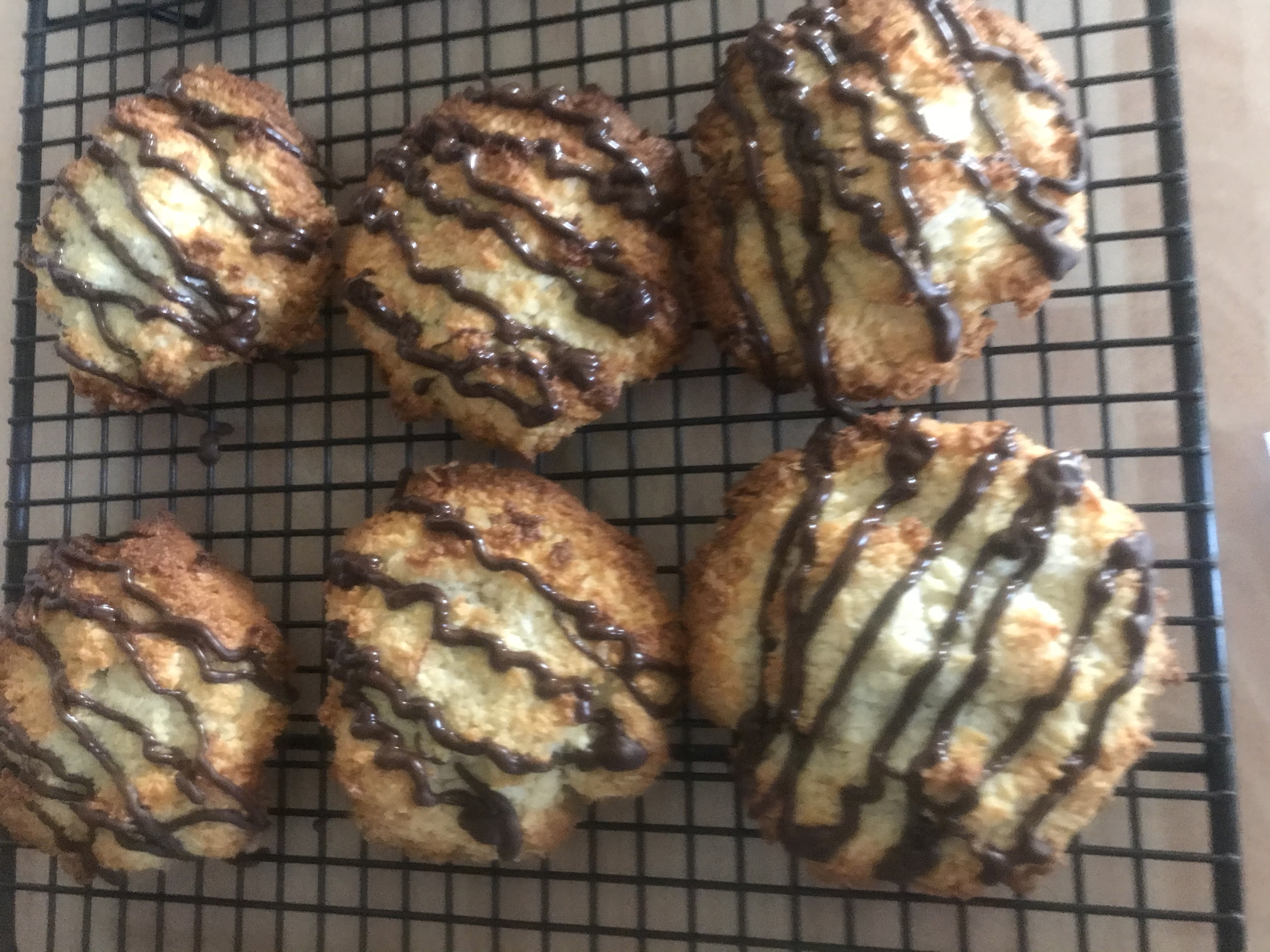 When the macaroons had baked, I let them cool down and drizzled them with dark chocolate. 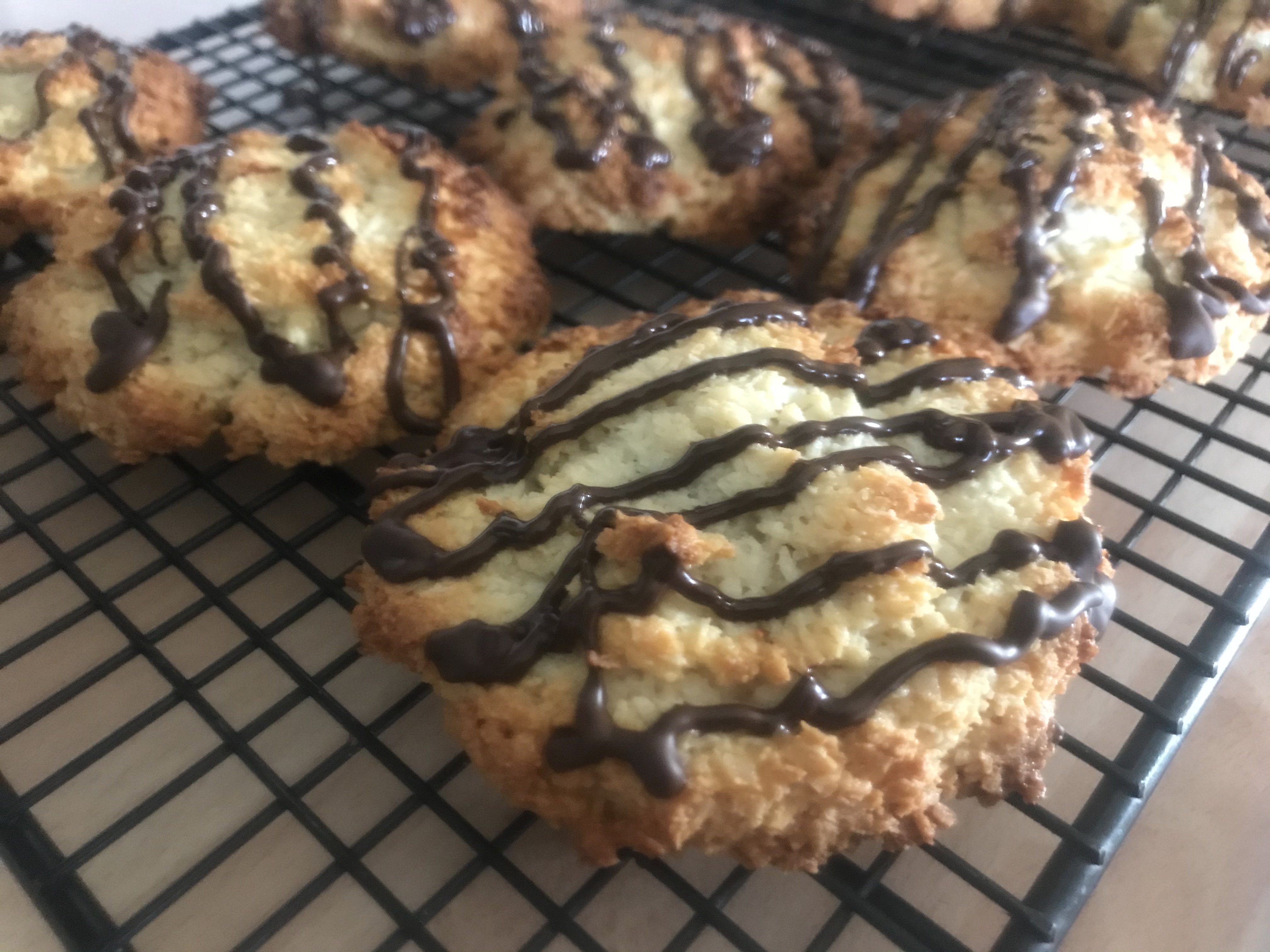